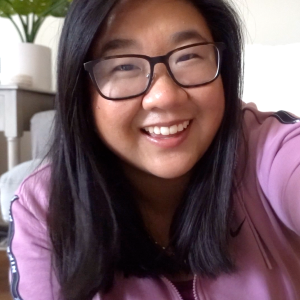 Why You Need To Be Running Holiday Email Campaigns

In 2018 holiday spending was projected to exceed 1 trillion dollars for the first time ever, with online shopping accounting for a projected $124 billion of it. The biggest single driver of online sales? Email.

In fact, email accounted for 20% of all holiday website traffic which is great news for brands since it delivers a really strong ROI. According to Campaign Monitor for every $1 spent on email, up to $38 is made in return, so it’s no wonder that brands ramp up their email campaigns during the holiday season.

The winter holidays are no doubt an exciting time for marketers, but there are plenty of dollars being spent on smaller holidays throughout the year. For example, this year consumer spending for Mother’s Day is predicted to reach a new record of $25 billion. According to a recent study by the National Retail Federation published in MediaPost, this year “per-person spending” for Mother’s Day “rises to an average of $196, up from $180 in 2018.”  Additionally, “Those between the ages of 35 and 44 are likely the biggest splurgers shelling out an average of $248 up from $224 last year. And, as usual, men are likely to spend more than women, at $237 compared with $158.”

This means there is a big opportunity for brands to increase their revenue during the month of May by leveraging holiday email campaigns to promote gifts for Mother’s Day.

This got me thinking about some of the other smaller, sometimes forgotten holidays. I did some research and found that Americans are planning to spend $2.2 billion in gifts and cards for Father’s Day, and that’s not the only other holiday with major dollars being exchanged!

According to research by CNN Money, the five smaller holidays that people spend big on are:

These figures were compiled in 2017 and have only increased since then, which we can see with Mother’s Day spending now being up to $196 per person on average.

They also provide the chance for brands to increase revenue during traditionally slower times of the year.

Hopefully, I’ve now convinced you to invest some time into creating email marketing campaigns for the smaller holidays such as Mother’s Day and Halloween since consumer spending does see a significant spike during these days.

If you’re in need of some inspiration for your holiday campaigns I’m here to help!

Let’s talk about emojis. You want to use emojis in your emails because they increase your open rate and help your email instantly stand out in a crowded inbox. I recently read a report from Return Path about the most popular emojis to use for each of the major holidays. I’m going to share the top emojis for each of the five holidays mentioned above, and you can download the report for the rest.

Not surprisingly, the top three emojis for Valentine’s Day include all three of the kiss emojis – from the just the lips to the friendly, side kiss emoji.

There are two bunny emojis and Return Path included them both in their full list of top emojis for Easter. However, you’re also seeing Earth Day emojis mixed into the top three here.

Just from personal experience, a bunny emoji paired with the chick hatching emoji and/or a flower emoji makes for a great combination in an Easter campaign.

For Mother’s Day the top emojis to use include the nail painting emoji, a bouquet of flowers, and a gift box, all hinting at gifts you might give a mother-figure in your life.

The top emojis for Father’s Day include the wrench, shirt-and-tie, as well as a generic male emoji.

For Halloween, we’ve got a great mix of emojis in Return Path’s top list! First up is the spider, followed by the full moon, and then the candy bar. I was surprised to not see the jack-o-lantern or the ghost in the top three, but they did make the full list.

If you’re worried that there is a big gap between Father’s Day in June and Halloween in October, never fear. There are a handful of other small holidays that you can leverage to increase your revenue.

There’s Independence Day in July, Summer Vacation / Back to School in August, and Labor Day in September. According to the National Retail Federation, these are all big days for consumer spending in America. In 2018 Americans spent $6.9 billion for Independence Day and $82 billion for back to school shopping.

Honorable Mentions for Even Smaller Holidays

According to the National Retail Federation, many consumers will use their tax refund on everyday expenses, major purchases, vacation, and splurge purchases.

Planning an email campaign during tax refund season is a great way to increase your sales when consumers have a little exchange change in their pockets.

If we reference the top 5 smaller holidays list from earlier in the article, we can see that if Super Bowl Sunday were considered a holiday it would fit into this list easily.

It should be no surprise that marketing campaigns can thrive on this special Sunday considering brands trip over themselves to pay $5.25 million for a 30 second commercial to air during the big game. However, I think many smaller companies don’t take advantage of digital marketing opportunities during Superbowl Sunday.

According to AdWeek there are over 170 million interactions on social media during the Super Bowl.

This means that running a social media ad campaign during the Super Bowl is a cheaper but still effective way to reach your audience on the big day. However, it also means that nearly 8 in 10 mobile consumers are using their phones during the game.

Planning for the Small Holidays with Big Spending

While Mother’s Day, Halloween, and even the Super Bowl can’t contend with the winter holidays for consumer spending, they do present ample opportunity to run profitable email marketing campaigns year round.

If you don’t already have campaigns planned for these smaller, sometimes forgotten holidays, start your planning today!

Latest posts by Kristina A (see all)
Pin
Share
0 Shares

Want to learn more about the latest email marketing trends? Then enter your email below.